A soft starter is an additional device that can be added to a typical AC electric motor that will allow the motor to use a different startup method. The purpose of this device is to reduce the strain put on the motor during the typical power-up phase of a motor.

To accomplish this, a soft starter will slowly and gradually begin applying increasing voltages to the motor. This allows for a smooth acceleration of power instead of a sudden and violent burst of power that could potentially cause damage to the motor and the machine as a whole.

Whereas most typical startups involve a rush of electrical currents all at once into the motor, the soft start offers a smooth and steady linear slope of power. This reduces the overall wear and tear on the motor’s circuits, resulting in a healthier overall machine that is less likely to break quickly. Depending on which specific soft starter model you choose, some have the capability to adjust the starting voltage and the length of time it takes until the motor is fully powered up.

How Does a Soft Start Work?

Essentially, a soft starter works by controlling the amount of voltage running through the motors circuits. It does this by limiting torque in the motor. This in turn allows the soft starter to reduce the voltage and allows it to gradually stop reducing the voltage to allow for a smooth progression of current.

In addition to this, certain soft starter models may use solid-state devices. These devices are another means of controlling the amount of electrical current allowed to flow through the motor. This lets the soft starter control the current in three separate, distinct phases to allow for more precise levels of control.

Many electrical soft starters also use a series of silicon controlled rectifiers (SCR), or thyristors, to limit the voltage to a more manageable amount for the motor as it begins to start up. These SCRs have an ON state, where they allow the current to flow, and an OFF state, where they control and limit the electrical current. When you power up your machine, these SCRs activate, restrict the voltage, and then relax as the machine reaches full power. This keeps the motor’s heat down and reduces overall strain.

While electrical soft starters are one example of a possible soft start solution, they aren’t the only solution available. There are also mechanical options that rely less on electrical current and more on physical, mechanical solutions.

Mechanical soft starters rely on clutches and different couplings that use fluids, steel shot or magnetic forces to reduce the amount of torque in the motor. As discussed earlier, this limits the voltage allowed to surge through the motor and allows it to power up more gently and easily.

What Are Some Common Applications for Soft Starters?

Now that you have some background in what a soft start is, how it works and what it’s used for, the next logical question is this: when do I need a soft start? Do you need it for every motor? Is it only necessary for some of your machines, or should you install a soft starter option on every motor you own?

The first answer is that no motor absolutely needs a soft starter. Every motor can get along without them. This means you shouldn’t feel undue pressure to install them.

However, there are plenty of motors that will greatly benefit from having a soft starter installed and some motors will benefit more than others. This is because certain motors are more susceptible to breaking down and wearing out due to excess amounts of electrical current during their startup phase. Here are just a few of the places where soft starters are commonly used to ease the startup process:

In various pump applications, there is a risk of power surges. By installing a soft starter and feeding the electrical current to the motor in a gradual progression, this risk is greatly reduced.

With conveyor belts, it’s always possible that a sudden start may cause problems. The belt may jerk and become misaligned. The conventional start also adds unnecessary stress to the belt’s drive components. By installing a soft starter, the belt will start up more gradually and the belt has a greater chance of staying properly on track.

In systems with belt drives, the potential problems are similar to the ones that arise with conveyor belts. The sudden and jerky start means the belt is at risk for slipping off its track. A soft startup corrects this problem.

It’s not difficult to see why it could be disastrous for a helicopter to have a sudden, jerky start. If the propellers start suddenly and violently with a sudden surge, this could be dangerous. Instead, a soft start allows the propellers to start smoothly.

What Is the Advantage of Using Soft Starters?

Why should you use soft starters? After all, this will mean investing extra money. Is it really worth it? Should you invest your time and money in this addition to your motor?

While it depends on the motor itself, we think that it is worth it. Here are some of the primary benefits you can expect to experience when you install a soft starter on your motor:

Reducing the amount of energy your machines require is always an ideal goal. It only makes sense that a soft starter would contribute to this. With a conventional start, the motor immediately begins expending the maximum amount of energy and continues to do so for the entire time the motor is running.

With a soft start, the voltage gradually builds up to the maximum. This means that, overall, less energy is expended.

When the maximum voltage immediately rushes into your motor to start it running, there is always the possibility that the circuits will be overloaded and your motor will experience a power surge. A soft start is an excellent protective measure against power surges. Instead of all the power being thrown into the circuits at once, the voltage builds gradually.

Not every soft start is equipped with this option, but some are — and it provides a significant advantage. With this option, you can choose how long you want your motor to spend powering up.

It takes a lot of energy for a motor to power up conventionally. This means that, depending on the machine, it may not be able to power up an excessive number of times within a particular hour.

With a soft start, however, your motor will expend less energy each time it powers up, meaning it’s able to power up more often.

The large surge of energy associated with a conventional startup can sometimes cause a motor to overheat. This overheating can be harmless, but it can also lead to the motor shutting down temporarily and it can even cause lasting damage to the motor.

It should go without saying that a soft start does not involve this initial blast of power. Instead, a gentle surge of electricity is supplied to the motor, resulting in a greatly reduced risk of overheating.

Conventional startups can work perfectly fine sometimes. Other times, however, they can cause problems. The motor might overheat. The machine might malfunction. There might be a power surge.

Because the risk of these problems is removed or greatly reduced with a soft start, your machine will be able to operate more efficiently and with less risk of problems and damage.

It’s impossible to guarantee something like a machine’s lifespan. Anything might happen and damage might occur at any time. However, it’s a very good bet that by adding a soft starter to your machine, you’re extending its service life.

This makes good sense — you’re reducing the risk of many incidents and accidents that have the potential to end the useful life of a machine.

What Is the Difference Between a Soft Start and a VFD?

A VFD has some similarities to a soft starter, but there are enough differences to put it in a class of its own. Officially known as a Variable Frequency Drive , a VFD is a motor control device that controls the speed of an AC induction motor. This means it can control how fast the motor is running during both the start and stop cycles, as well as during the ordinary run cycle.

Based on this, it’s easy to see the similarities between a VFD and a soft start. Both have a way of controlling the amount of power running through a motor while it is starting up and both can help prevent things like power surges and issues during startup. They differ, however, regarding the method they employ to achieve this goal.

Should I Use a Soft Starter or a VFD?

A VFD is usually preferred if your main goal is to save energy. This is because a VFD doesn’t just limit the speed of the motor during the power-up phase. It can also help you control the speed during the ordinary running cycle as well as during the power-down phase. This makes them ideal for reducing power when it isn’t needed, resulting in lower energy being expended overall.

What Are Some Common Reasons for Soft Starts to Fail?

As great as soft starts are, they aren’t infallible. Like any other piece of equipment or machinery, the right combination of problems can cause them to fail or break. While your soft starter should be in good working condition for the foreseeable future, you never know what might happen.

If you notice a problem or malfunction in your soft starter, it might be associated one of these problems:

While this might make it seem like soft starts are prone to problems and malfunctions, the opposite is actually true. Soft starts make your motors and machinery less prone to malfunctioning and do a wonderful job of protecting them from things like overheating and power surges. They also do a great deal to lengthen the lifespan of most motors.

It’s impossible to say that soft starts never break down or experience problems, but they are generally very reliable and provide an extra layer of security and protection for your motors. 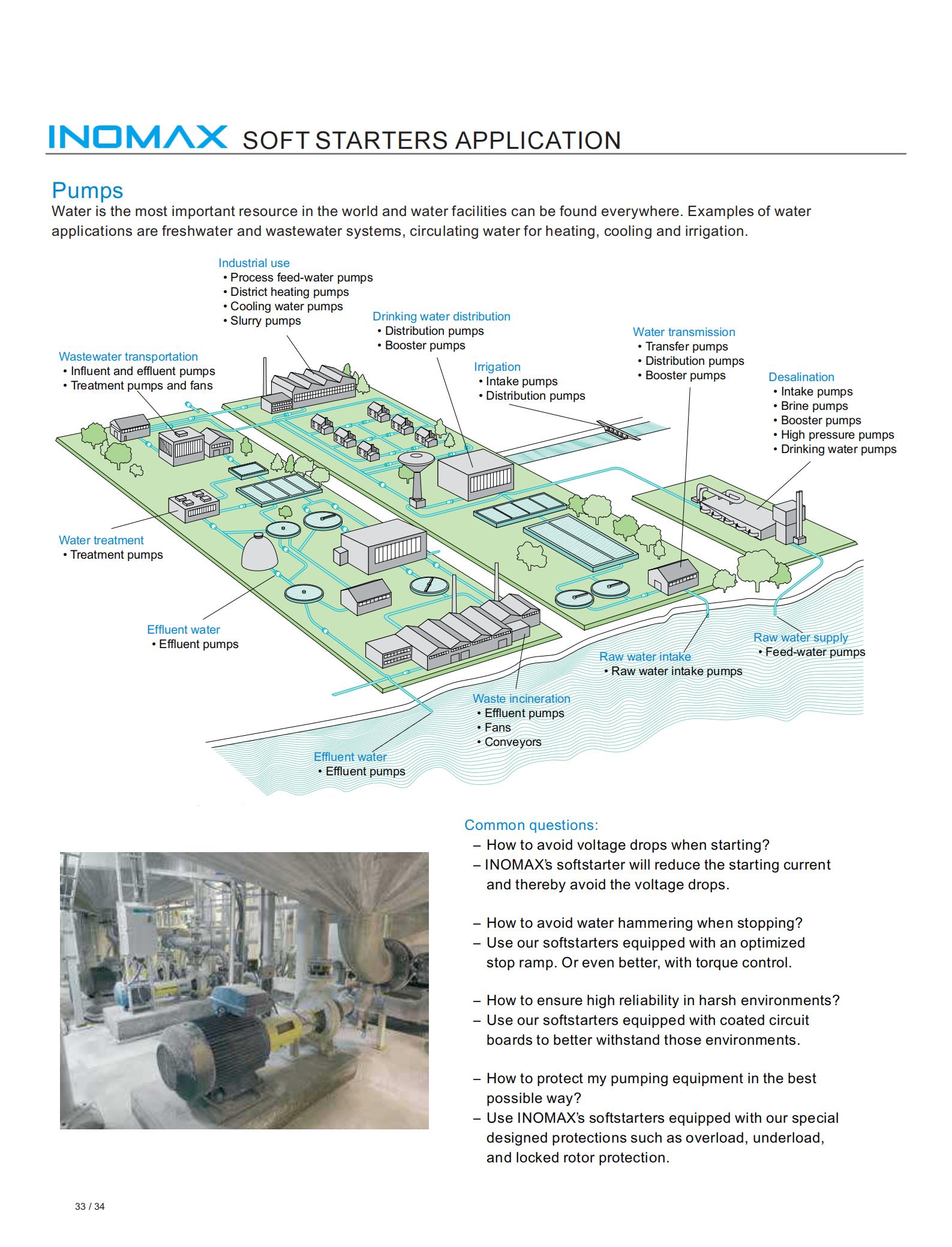 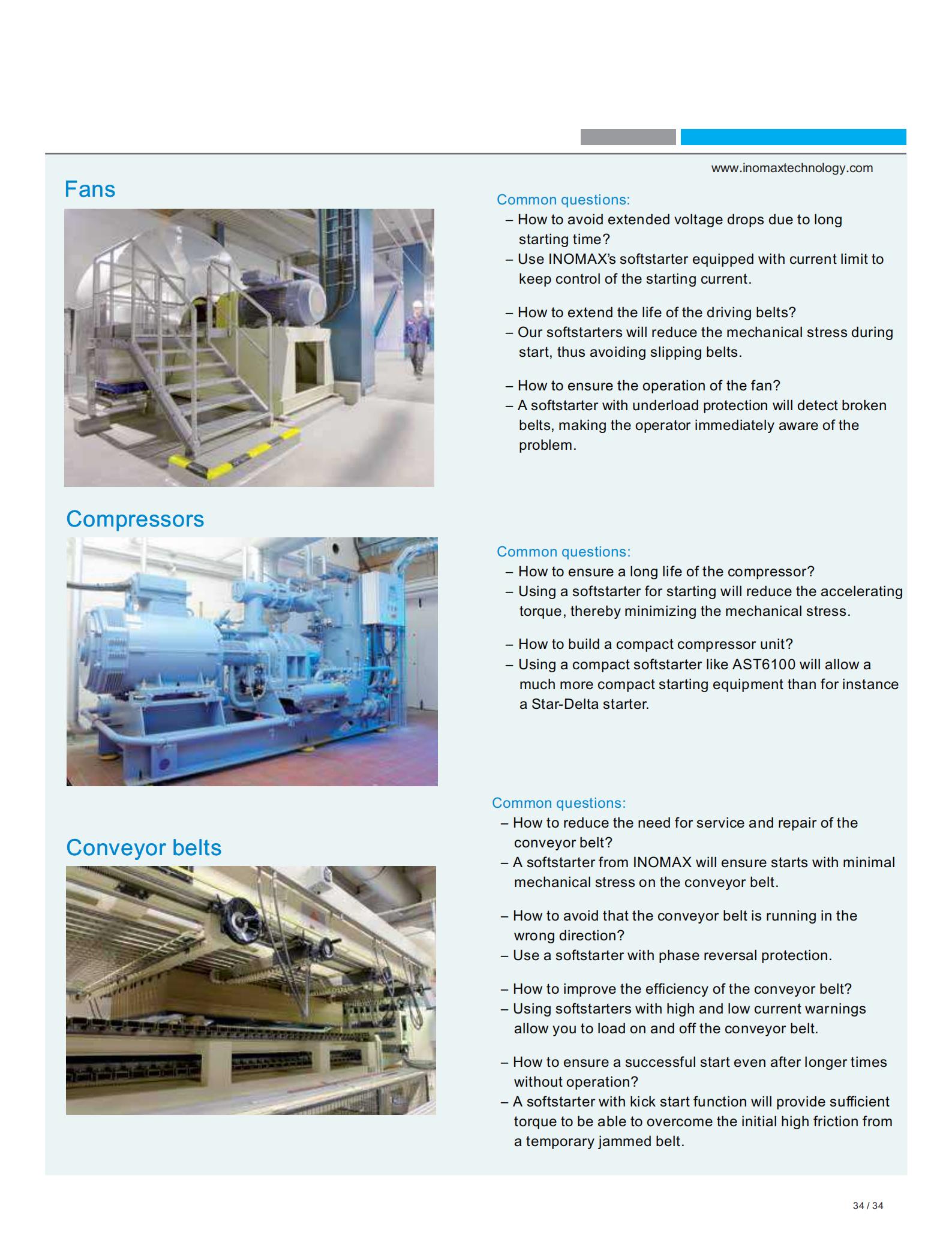 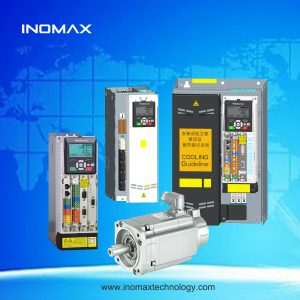 A servo drive receives a command signal from a control system, amplifies the signal, and transmits electric current to a servo motor in order to produce motion proportional to the command signal. Typically, the command signal represents a desired velocity, but can also represent a desired torque or position. A sensor attached to the servo motor reports the motor's actual status back to the servo drive. The servo drive then compares the actual motor status with the commanded motor status. It then alters the voltage, frequency or pulse width to the motor so as to correct for any deviation from the commanded status. In a properly configured control system, the servo motor rotates at a velocity that very closely approximates the velocity signal being received by the servo drive from the control system. Several parameters, such as stiffness (also known as proportional gain), damping (also known as derivative gain), and feedback gain, can be adjusted to achieve this desired performance. The process of adjusting these parameters is called performance tuning. Many servo motors require a drive specific to that particular motor brand or model, but Inomax servo drive are compatible with a wide variety of motors.. ACSMX series servo system with excellent performance and powerful functions. Complete specifications, covering 1.5kW~1400kW capacity. Simple commissioning and reliable operation to meet customer control needs.

Brought to you by WisdmLabs: Expert WordPress Plugin Developer